I truly love reading, but over the past three years (this one included) I have a hard time making it a priority all year long. I typically read a lot the first few months of the year, around my birthday, and then again in late December. I don’t know what it is about the rest of the year, but I just don’t finish many books throughout the middle of the year.

This year was exactly the same. It’s sad to say this, but we’re at the end of the year and I only logged 8 books in all of 2018. Although I didn’t read many books, I wanted to share about the few I did manage to finish this year.

Total side note, these are just in the order I read them!

You Are A Badass

This one took me a while to read. In fact, I read part of it in 2017, and then I finally picked it up and finished it back in January. I felt like it was a great kick in the pants, and I’m glad I have it on paperback so I can go back and read it again or reference certain sections if I need / want to.

I do feel this one is a kick in the pants Law of Attraction book. So to me it was a really relatable book that talked about manifesting things, but it was also tough love. I don’t recommend it for everyone, but if you’re okay with someone being straight with you, then you might like this one.

The Ice Beneath Her

If you’ve been following me for a while, then you know my favorite genre is mystery / thriller. I grabbed this one a while back because my favorite book blogger really liked it, and I figured I would, too, since I enjoy most of her recommendations.

Unfortunately, this one fell flat for me. I guessed “who did it” around halfway through, which made the second half less exciting. I still recommend it for anyone interested in getting into the thriller genre but not wanting something that’s too dark.

This one was a pretty cool book for me to read because the setting was not too far from where I grew up, so there were some settings I could actually picture. Aside from that, I really enjoyed this one!

It’s another thriller, and the fun thing for me was that I was totally on the edge of my seat with no idea where things were going. When I thought I had it figured out, boom – something would change, and I’d be left back at square one. The plot is somewhat similar to Gone Girl, so this is another light thriller read for people looking to get into the genre or wanting something a little more edgy.

I’ve read two other books by Ruth Ware and loved them, so I was really excited to check this one out. The only problem was that because I had read the other two, I had such high expectations, which led to this one falling a bit flat for me. Still enjoyable, but not quite as good as her first two books. I’ve heard this is a good similar style read for those who are into the Pretty Little Liars series (tv / books).

This is another book where I’d read others by the author, and I wasn’t sure what to expect going into it. I had moderate expectations because there are a lot of mixed reviews out there about this book. However, I loved this one!

Looking at my review on Goodreads, my theory on the mixed reviews is that people were comparing this one heavily to her previous two books (just like I do of most books I read), and it doesn’t really work here (it rarely does). Her first book is pretty dark, so if you’re comparing this one to that alone it won’t live up to your standards. However, I think it also helped me that I hadn’t read anything for several months so going into this one it was a good fast paced book that got me back into wanting to read.

I grabbed this book for the heck of it when I was trying to figure out what to read and had heard good reviews for it. I had no expectations, though I obviously was hoping it was a good book. Overall I loved it.

This one isn’t quite as thriller-y as some other books I’ve read, but it’s still mysterious. I also really liked that it griped me straight from the very first chapter as the main character is in a coma and she doesn’t know why.

The Woman in the Window

Okay, so I had started this book once and I just couldn’t get into it because unlike the last one it didn’t hook me in the first chapter. So I think I read four chapters or so and then put it down. However, I was determined to read another book that had been published in 2018, so I started it again and stuck with it. I’m glad I did!

I was not, at all, expecting the ending. In fact, it seemed as if there were several little twists throughout the second half of this book, and I actually wouldn’t have guessed any of them. As for the ending – wow! My heart was pounding through the last 10-15% of the book, and I absolutely could not put it down.

Last but not least, I just finished this one today, to round out my books for the year. This one, just like other non-fiction books, took me a while to read, however I really liked it overall. It has a lot of practical tips for moms, many of which that I’ve heard before, but just reading the book is a great reminder on prioritizing your life. It’s also a great reminder that no matter how much you have going on or what you’re doing, you’re still a great mom doing wonderful for your kid(s).

My goal for 2019 is to read 2 books a month. I’ll be sharing a quick sentence review (at least) on Instagram Stories, so if you’re interested in keeping up with my reads be sure to follow me or friend me on Goodreads. 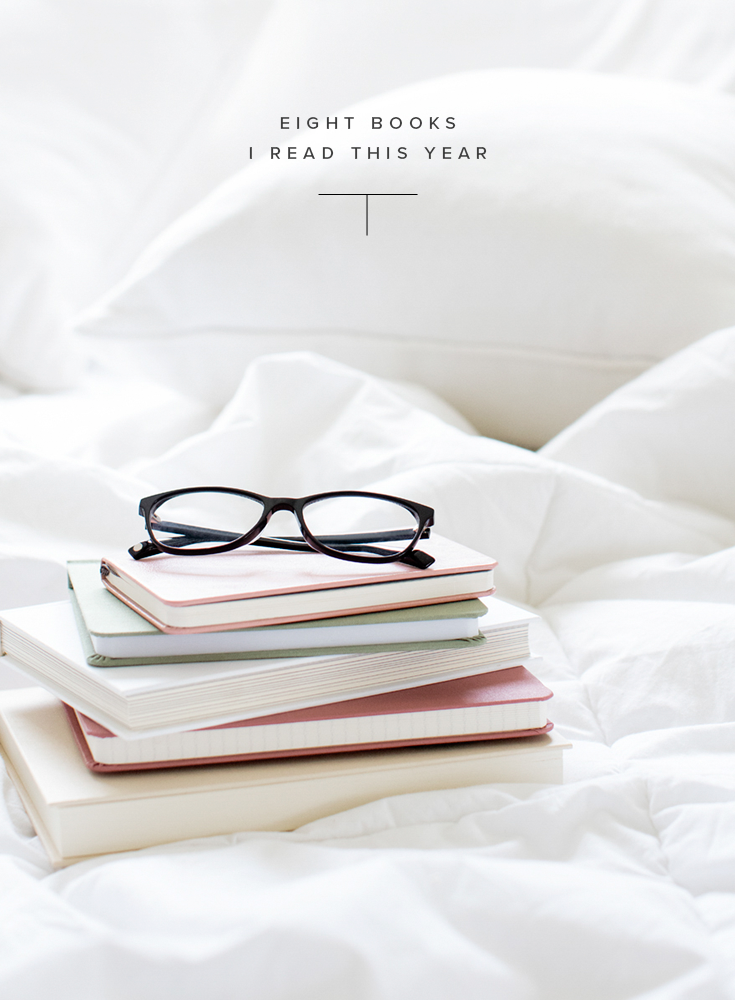