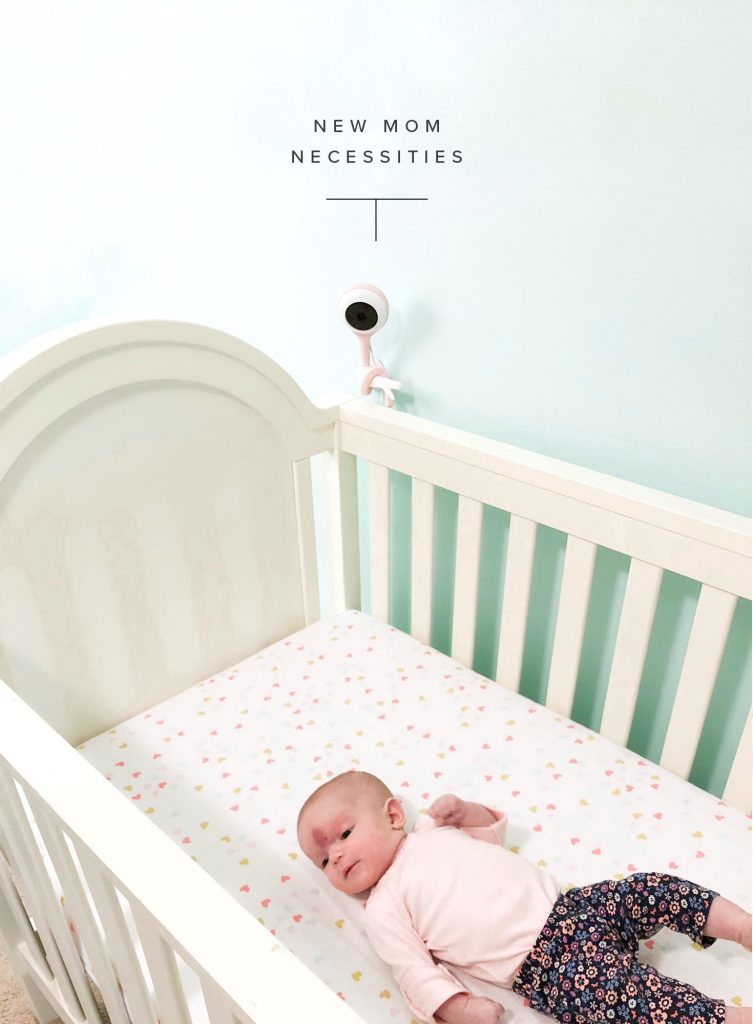 Next week Emma will be three months old, and I still can’t believe it. This time has gone by so incredibly fast, and we have been so lucky that even though she has her bad days, she’s such an easy and happy baby. I’m even more grateful for that since we have on and off periods of my guy being deployed, which means mama is the only one to handle the meltdowns and challenging days.

Anyway, not long after we found out I was pregnant I started thinking about the things we would need both for baby and for me to make things easier on us all. I scoured all of the posts about things moms wish they had bought, those that were a complete waste of money, and swooned over all of the pretty things that suddenly started popping up in my Instagram feed.

I know that not all of you are moms-to-be or even care about this stuff and I also know there are quite a few posts like this around the web, but I wanted to share my own opinions on what I think are the most important necessities for new moms. The things you need, but maybe don’t realize what a life saver they can be for you. 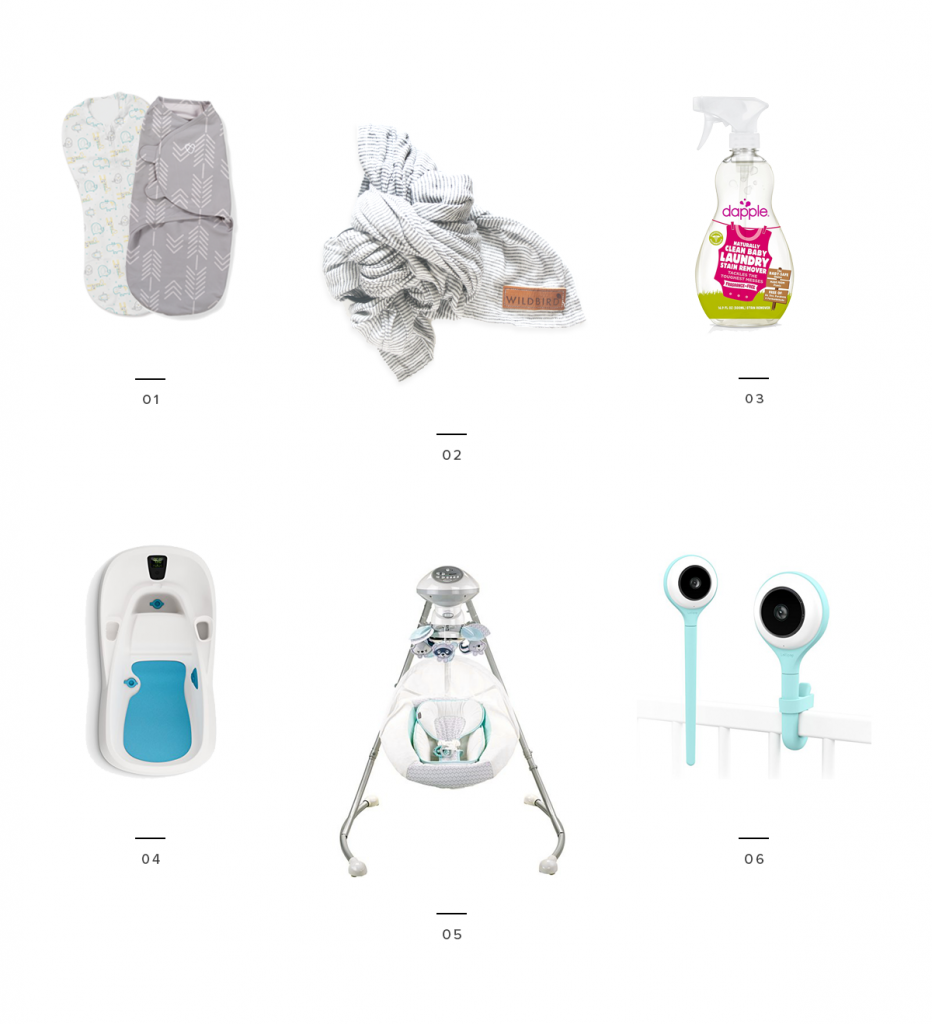 Before I got pregnant I somehow found this one YouTube channel that I fell in love with watching. The girl had just had twins a month prior, and she had created videos for her whole pregnancy. I watched all of them (and many more on her channel), and one thing I knew I wanted that she had mentioned was muslin blankets. Pretty much all brands were soft, big enough to use as a nursing cover, and you could obviously swaddle the baby in them to help get them to get snug enough to sleep. Skip to later last year, and Emma was a master at getting her arms out of the blankets. Aside from that, anyone who has swaddled a baby in blankets before knows it’s a process. So, it was time to try some other swaddles.

One of my best friends had mentioned that we should get the SwaddleMe Velcro swaddles, and we tried those out with Emma, but she was too little for them when we first brought her home. This, paired with the fact that some babies just prefer different things, is why I think new moms should have at least 2 types of swaddles in addition to their blankets. While we’re currently using the Velcro ones, I also recommend the Pods and the Love to Dream swaddles. Emma slept in the Pods for a good while, and we’ve already seen success with the LTD one. So grab a few kinds and be prepared to try anything to get the little one to sleep!

If you remember my post about baby items I was most excited for, I was planning on getting a Solly Baby Wrap. I ended up getting a WildBird Ring Sling, and I’m so happy I did. It has come in handy so many times – I’ve used it to take Emma grocery shopping by myself, to her doctor’s appointments, and even just around the house when I’m trying to cook dinner. I can’t imagine what I would have done if I hadn’t gotten some sort of carrier.

I will say that you may really want to consider the type of carrier you get before investing. Depending on the type and the brand, carriers can get pretty expensive, and not all babies even like them. Personally I feel like the ring sling is a lot easier than a wrap would have been, but I think a traditional carrier will be easier once she gets bigger (if I still feel like I need one). It’s also important to consider what your spouse would want to use. My husband told me right away he’d much rather use a traditional carrier rather than the ring sling.

I feel like this is probably pretty obvious, but just in case it isn’t: babies are messy! Even when you do everything right, they still end up pooping on everything. I wish I was joking. Emma managed to go on one of her changing pad covers within the first couple of days of being home, and I swear between poop and spit up I did laundry 3 times in one week recently.

This is why stain remover is so important. I spot treat everything that she gets dirty right away, and then I typically just pour a little extra in with the entire load of wash for some extra help. I have the Dapple brand in the graphic above, and it’s what we’ve been using. It’s worked amazing for us, especially on white when I was sure the stain would never come out.

Giving babies a bath is super nerve wracking. Aside from trying to get the temperature just right, there’s also the fear of holding a slippery baby and moving quick enough so they don’t get too cold. I know most people just use basic bath tubs, but I wanted to help myself stress a little less, which is why we opted for the 4moms tub.

This tub is certainly more expensive than others, but it has a built in thermometer that is constantly reading the temperature of the water. This is amazing!! I would never have been able to guess what was a good temperature, and that would have really stressed me out without it. I also love that this fits right on our kitchen sink, so I don’t have to worry about bending over the side of the bathtub just yet. If you already have a tub or don’t want to spend so much on something you might not use that long (depending on how fast your baby grows), at least get their spout cover thermometer.

In the baby items I’m most excited for post, I talked about how I had heard such good things about the rock ‘n play, and I was really happy we got it. Well, I was even happier after we had Emma. I totally forgot about it for a day, but we quickly started putting it to use shortly after we brought her home because it was easy to dock her there while we were eating instead of playing a game of pass the baby. In December, my parents bought us a swing, and both things have been a real life saver.

The main thing about these that I think is so great is that it’s a safe place to put your baby when you need to do something. For example, while my husband is at work and I need to go to the bathroom, I’m not going to fuss with trying to hold her and do my business. It’s also nice to be able to put her in the rock ‘n play in the kitchen while I’m cooking so she can see what I’m doing, but I still have my hands free. We’ve done that several times, and while she doesn’t always want to sit there the whole time we’re cooking, even just a few minutes is better than nothing. Do I think you need both of these? Not necessarily. You might check your local Facebook marketplace or ask around if anyone has one or the other they’re willing to part with. I know around where we live there are things like these almost always listed for sale.

I will admit – I didn’t think we would need a monitor until Emma started sleeping in her crib at night. I just thought she’d be in her bassinet with us at night, and during the day I would be able to see her sleeping or I’d be able to hear her if she was in her nursery. Oh, I was so wrong! Even though we have a relatively small 1-story house, when I’m in the kitchen, I can’t hear Emma crying since I close the door when I put her down (mostly to keep Zoey from going in and waking her up accidentally). We got an audio monitor from my husband’s cousin, and we got a regular video / audio monitor from Walmart, but we’ve had issues with the one we bought, and I wanted something more than just audio.

Luckily for us, Lollipop so graciously sent their camera, and I’ve been putting it to use since we got it installed. If you’re not familiar, I’ve included the video below that I posted on Instagram shortly after we got it. However, the gist is that you can wrap the stem of the camera around the crib or a little hook you can put on the wall, and then instead of having a physical monitor to carry around it hooks up to your phone. I know a lot of people don’t necessarily like having a setup like that, but it’s been working just fine for us.

The important thing about getting a monitor is that it’s going to be reliable in showing you your little one, but also that it’s going to let you know in one way or another when they’re crying. The Lollipop camera meets those requirements and does so much more. I really love that in addition to those things, I can play soft music or white noise, which would be great if you didn’t have a noise machine. It also has amazing video quality, even for night mode.. I mean just look at this 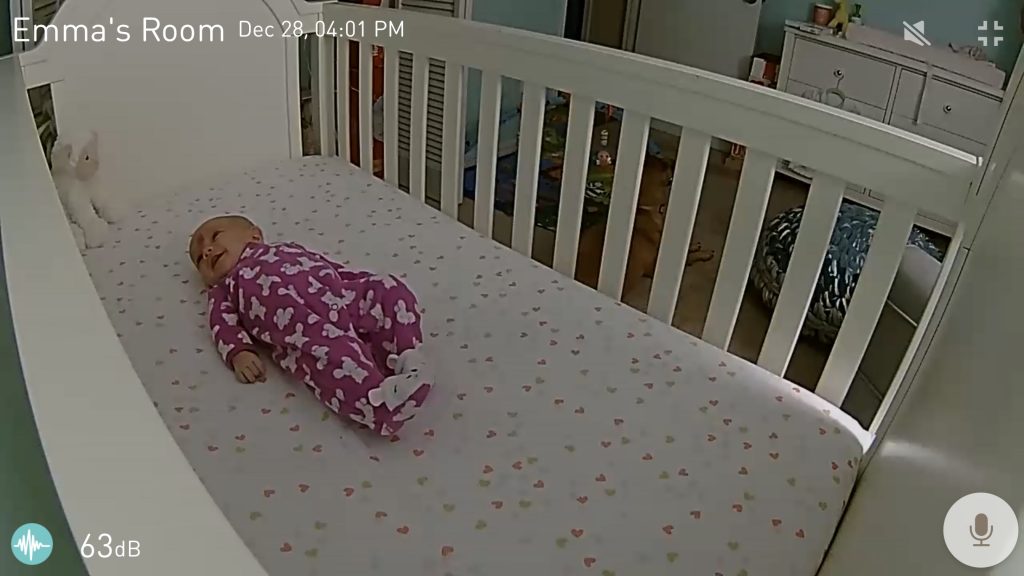 Aside from that, I think it’s neat that I can invite other people to view the camera on their phone with the app. Right now, I just have my husband on there because Emma is only sleeping in her crib for naps, and you can’t see much of the rest of the nursery. However, once she gets older and is playing in her room, I’ll consider inviting grandparents to be able to view it as well.

Those are the main things I would recommend to all new moms! Out of all the things we have, those have been the biggest help to us over the last three months.

What items would you recommend to new moms? Have you tried any of these? I would love to hear in the comments.

I was provided a Lollipop camera free to review, but all opinions are my own!