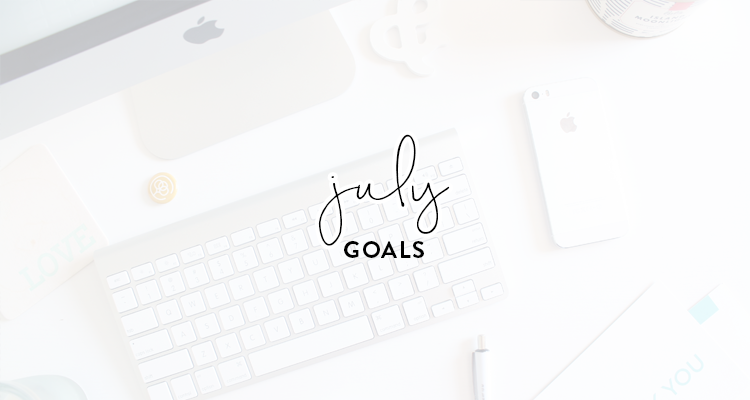 Holy smokes – another month has come and gone. I have to say what I always mention in these posts, and it’s that I literally cannot believe that it’s already July. We’re still settling into the house (even though we’ve got about a year left here), and it still feels like we just moved in, even six months later. The good news, though, is that since last month I’ve started to get used to the heat, so Zoey and I have gone back to walking every day, which is nice!

Okay, so let’s look at how I did on last month’s goals. I’m pretty proud of how I did!

Well – there you have it! Like I said, I’m pretty happy with how I did, especially that I’ve been walking nearly everyday. There are always mornings I wake up not feeling like doing it (like this morning), but when I get going it’s totally worth it. Okay, so enough about that – what about this month

There you have it! Not a lot of personal stuff that I want to work on this month, mostly because I’ve got so much stuff going on with the CYB launch, that I can’t even think about what we want to accomplish this month.

Anyway – what are you working on this month? I’d love to hear and help hold you accountable on your goals!