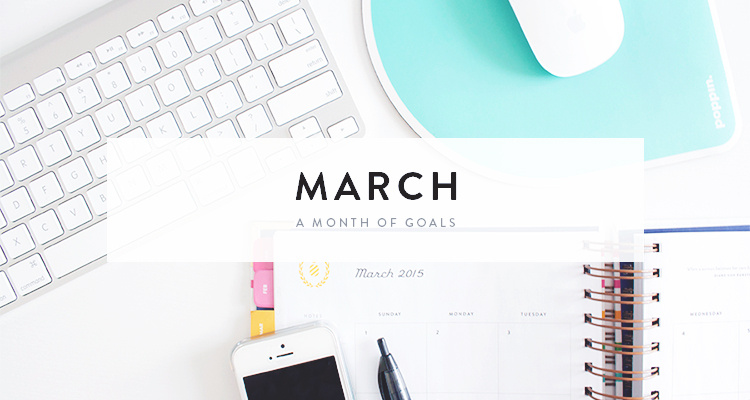 I’ve already touched a little bit on how I can’t believe that it’s March already, so I won’t go on and on about that today. Instead of looking at how the past two months have flown by, I’m looking at March with lots of potential. So ready to make things happen this month! Let’s recap last month’s goals, first though.

Whew! That was an odd month for us. We went from D having a regular school schedule to having most of his days free (besides a few hours of work), getting a puppy, and me trying to figure out how to get work done and read with these two crazy kids hanging around all day. Anyway – on to this month!

There you have it! This month will be fun because D’s birthday is coming up, and I’m really stoked about what I’m doing business wise as well.

What are you working on this month? Share in the comments, and let’s hold each other accountable!