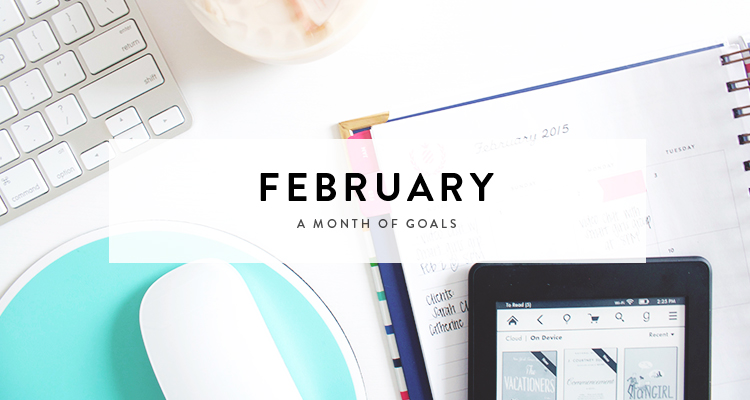 Okay, let me just start this post off how all of these are started – how the heck is it February?! I know I’ve said this in the past, but I honestly feel like the older I get the faster time goes by. I mean honestly, wasn’t it just New Years? I don’t feel like D and I have been back in the house for a full month since being with our families, but we have. There’s been a lot of fun stuff going on here, though, like D graduating his first (of three) school programs, me getting an iMac, and we’ve been trying tons of new recipes for dinners lately!

Anyway! Let’s get to the goals!

Look at that! I’m so happy with how January went! It was a weird month for me; I spent several days with literally no motivation, and some days I felt homesick. However, we’re starting to settle into a routine here, and D’s friends invite both of us when they want to hang out, so those things are helping!

Now onto this month –

There you go! I’m feeling really good and excited about this month, so I can’t wait to get to work on these goals.

What are you working on in February? Share in the comments, and let’s hold each other accountable!