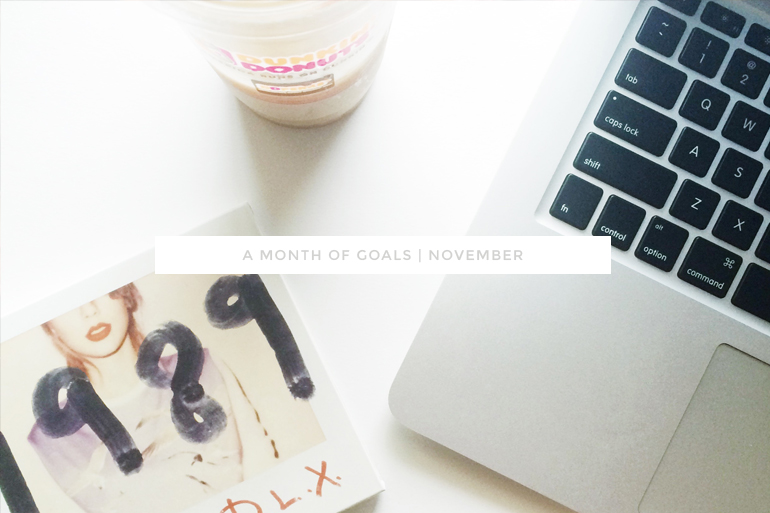 Can I be real with y’all? I still, still have no freakin’ clue how it’s already November. I’ve been doing a little bit of working and planning at a time, and now with 2015 literally right around the corner, I’m freaking out! Time to start planning for the new year I guess. In the meantime, let’s focus on the now though with goals through the end of the year.

Well, that wasn’t too bad! Three out of four is pretty good, don’t y’all think? As far as other things going on, in October I made another huge investment in my business through an ecourse with Hey Sweet Pea which I’m so excited about, and I also hit three months with no soda. How cool! Let’s get to this month’s goals now.

Wow. There we go! I don’t think this month is going to be too intensive, but I’m really excited for everything that’s coming. I can’t wait to see what these last few months of 2014 bring because I just know they’re going to be great!

What about you? What are you working on this month? Share in the comments, and lets hold each other accountable!