Yesterday was a really eventful day. Although it was busy, it was still a good day.

Derek and I lounged around his house watching tv and playing on our computers for a while, then we went out to find a shop I need to visit for Photo I supplies, and we had Sonic for lunch. After we got back home I ended up taking a nap, and then I got up so we could make dinner.

We decided to try a new recipe this weekend, Chicken Alfredo. We used a different kind of noodle, and I think we used a cheesy version of the Alfredo sauce, but it turned out really good! Surprisingly there were no leftovers! 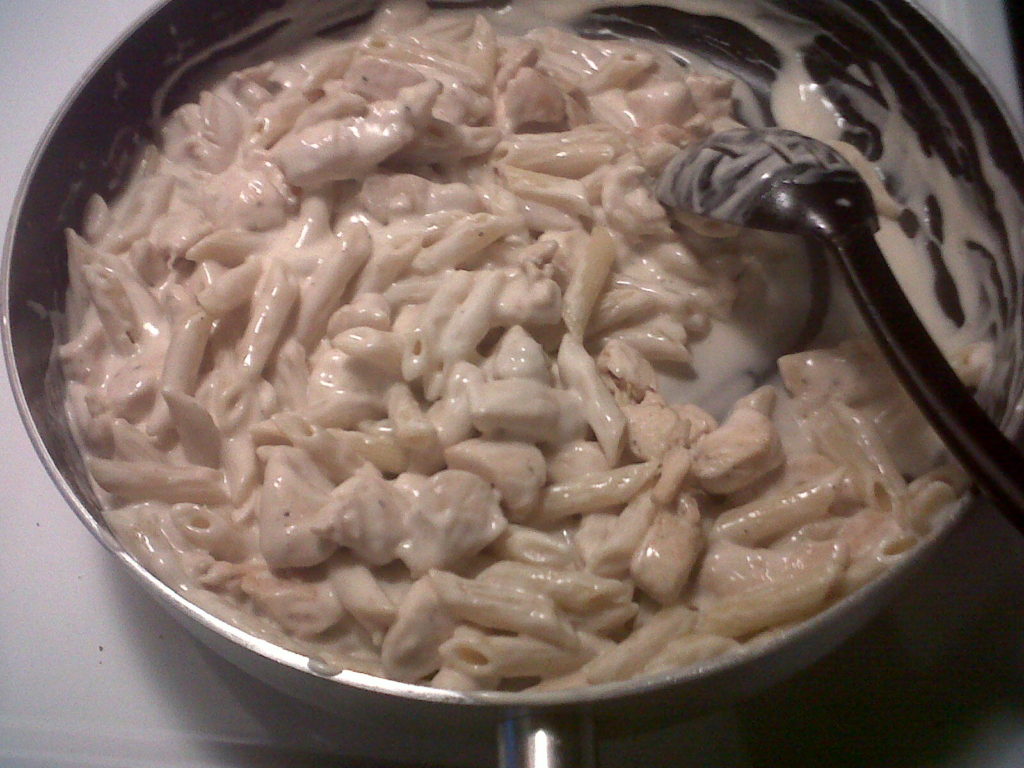 After we ate we relaxed a little before heading to campus for the last regular season AP basketball game. We showed up a little after halftime of the girls’ game. Their games are always kind of boring. What I was really looking forward to was the guys game. I’ve heard how good they are, and two of their players are in some of my classes, so I was excited to cheer them on. 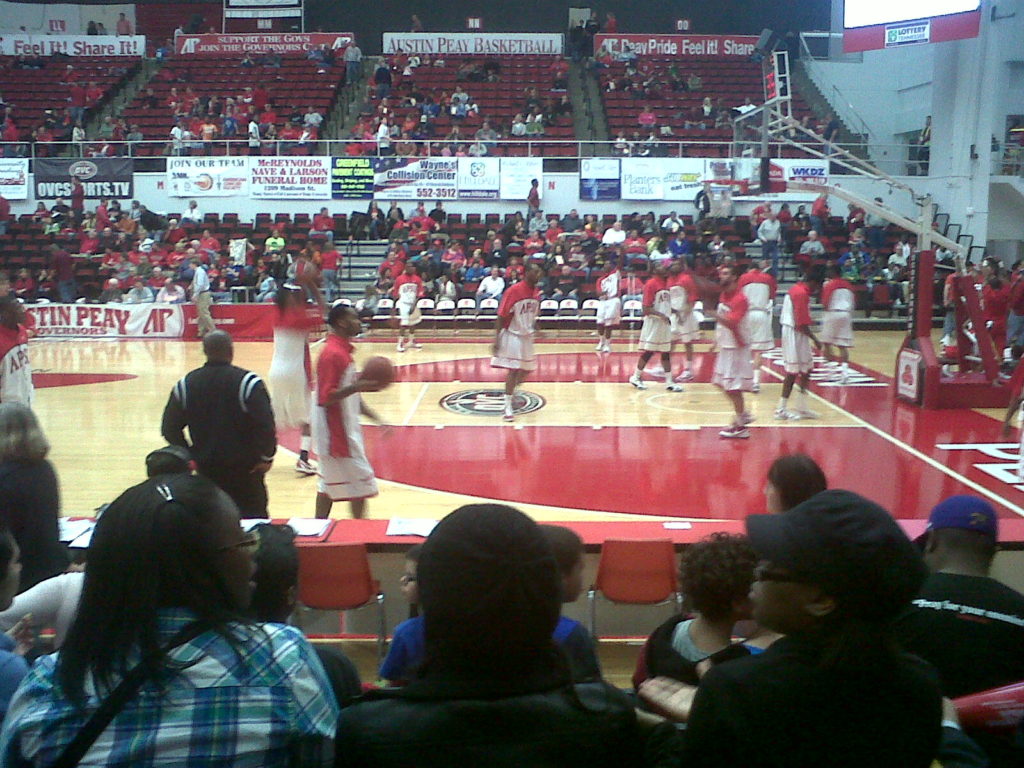 After a super impressive game against Southeastern Missouri our team won! They get to go on to the OVC Championship games (again!) Also, I think it’s really cool that my school gives out t-shirts when our team makes a 3 point shot. Derek won one for me, but it was too big for me and too small for him so we gave it away to the girl who also tried to get the shirt. Then a woman a few rows back who had won one of the last shirts gave hers to me! It was a medium, which swallows me, but it’s a cool shirt (and FREE!).

Once the game was over we came back to Derek’s house, made popcorn and watched Tower Heist, which is a really good movie by the way. Overall the day was really good, and today I’m working on Photo I homework (bleh!) and relaxing till the walking dead.

Hope everyone’s having a good weekend! :)